Embroidery is a handicraft that existed a long time ago in Vietnam. The history of this traditional work is connected closely with the spiritual history of Vietnamese women in the past.

From the first century, besides the embroidered flag “Requiting country’s debt and home’s revenge” by the rise of heroine Hai Ba Trung, Vietnamese women also used embroidery to decorate the house, and to show confidence, sentiment, as well as to beautify themselves.

However, until now, nobody knows when the embroidery of Vietnam was born. Who was the first person who created and changed the normal sewing work to become an embroidery art?

There is a legend about hand embroidery in Vietnam, that is at the beginning of the 17th century, the embroidery of Vietnam had marked a turning-point of development. At that time, Mr. Le Cong Hanh (born on 18/01/1606- died on 12/06/1661) lived at Quat Dong village, Thuong Tin Dist, Ha Tay province had collected experiences and techniques of folk embroidery of Vietnam to disseminate the handicraft art widely.

Until the era of feudalism, embroidery was one of careers serving kingly and aristocratic circles. Embroidery products were made from fabrics created by Vietnamese craftswomen. Threads used for embroidery at that time included natural dyes, such as: Tinctorial yam, Indigo, Indian almond pod, paletuvier water, leaves of phrynium, grindstone, flamboyant… Many foreigners have admired Vietnamese embroidery: “Seeing the amazing transformation of the simple dyes after the tinting process was truly magical.”

Traditionally, embroidery had been done by Vietnamese women, according to Confucianism that girls have to acquire four virtues: “Industry, appearance, speech, behaviour”. As our ancestors often said:

“Men read books and recite poems. Women have to do embroidery and sewing.”

Almost all women in the country knew how to embroider. However, concentration and professional character started in Hue a long time ago. When the Nguyen Dynasty constructed at Hue, Mrs. Hoang Thi Cuc, mother of Bao Dai King, accompanied by Nam Phuong Queen, combined the advantages of European embroidery techniques with quintessence of Asian embroidery art and highlighted it to become royal embroidery art, related to charming, fine, meticulous characters of Hue women.

Gabrielle, a female French scholar specializing in the study of Oriental Cultures, wrote: “In many places, people have transmitted through generations, an extraordinary art by painting in threads, making lotus flowers bloom on silk, butterflies hovering on blue water surfaces. Vietnamese embroiderers are more skillful than the Chinese in their use of sewing with the fine lines and their methods of mixing colors…”

Hocquard, an author, had said about embroidery at the end of 19th century: “The Vietnamese embroiderers were very clever in distributing color on silk to create the harmony on embroidered pieces without any hard contrast.”

The Soul of the Ocean 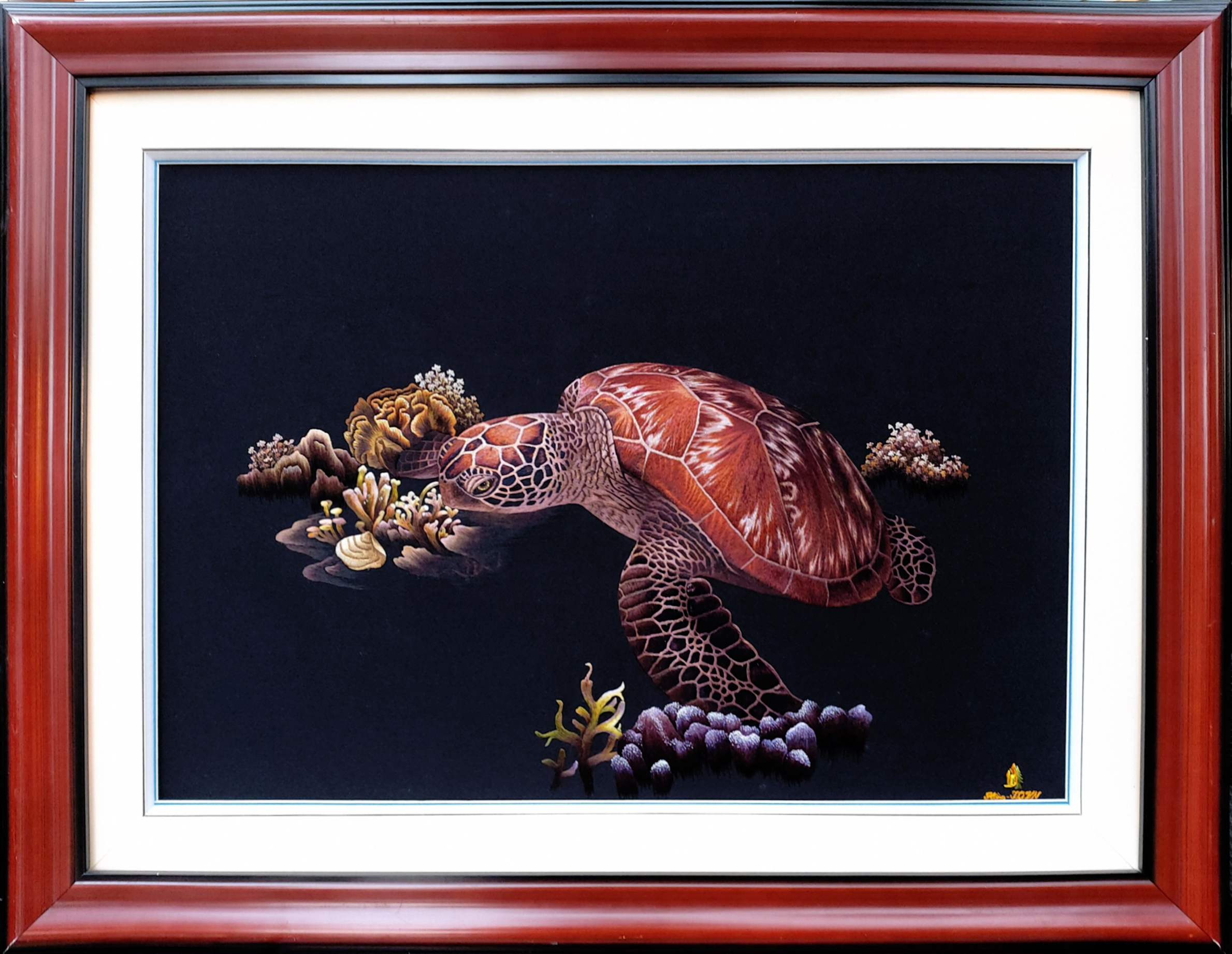 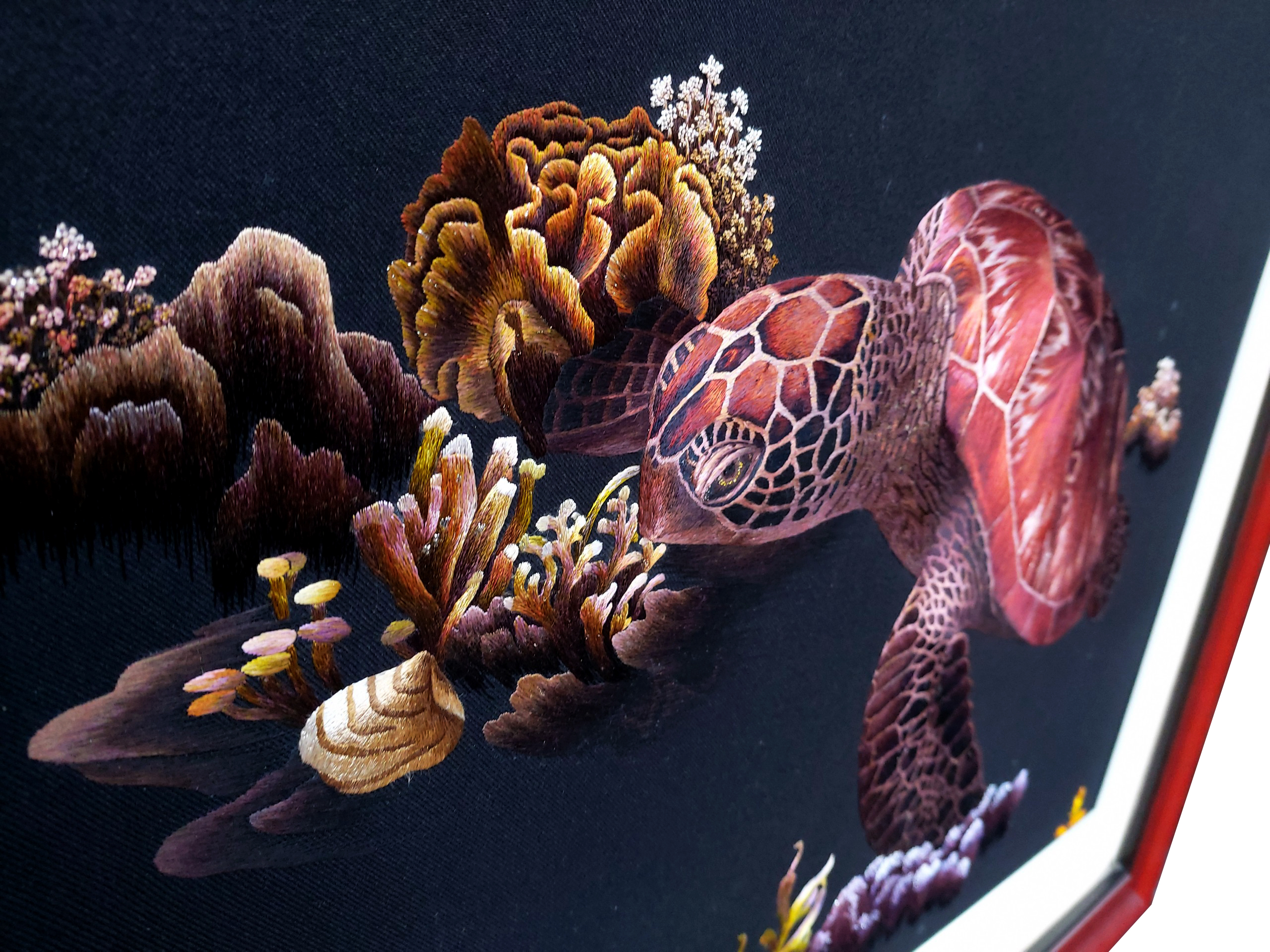 Lost in the Spring

By the Side of the Sunshine 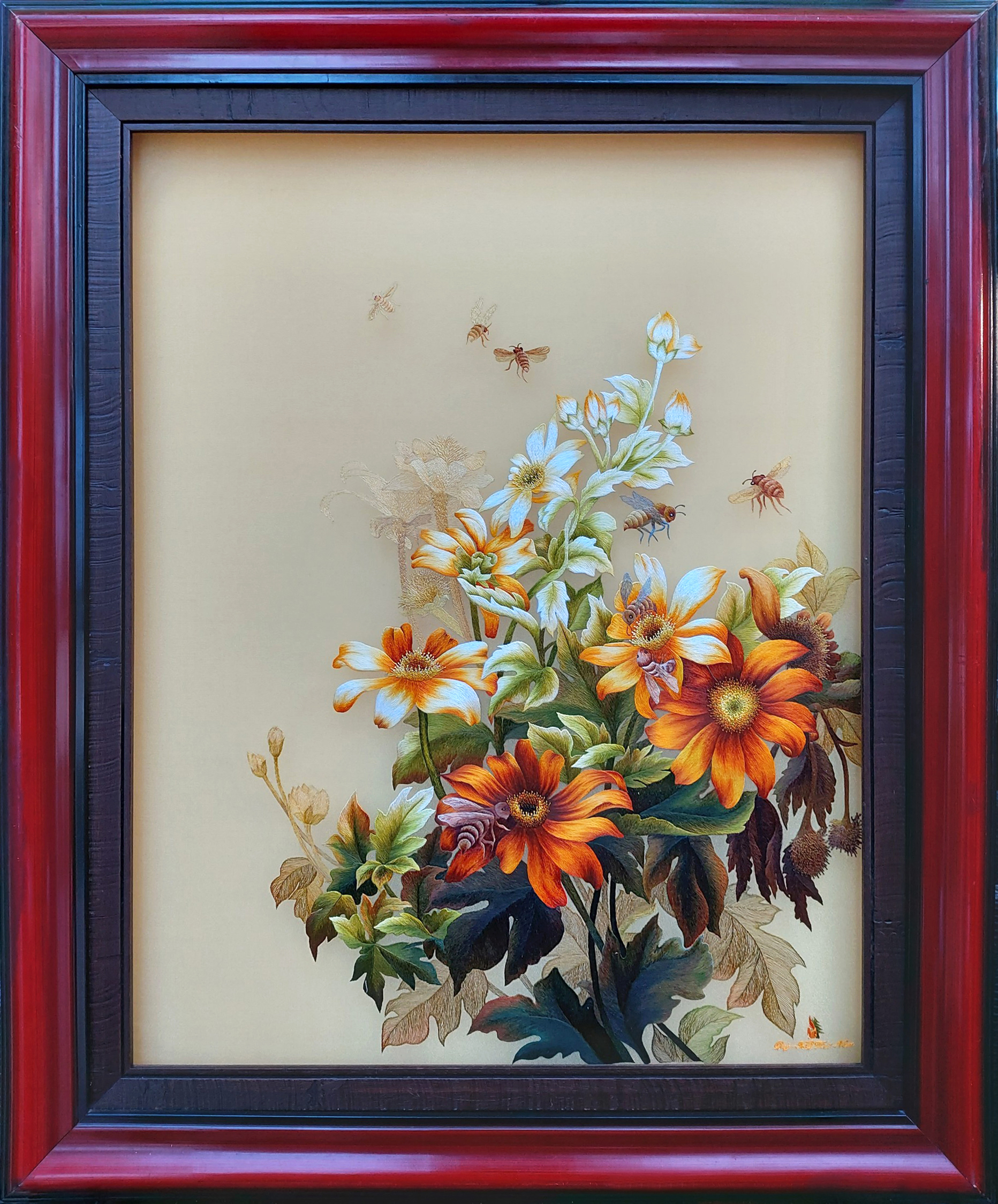 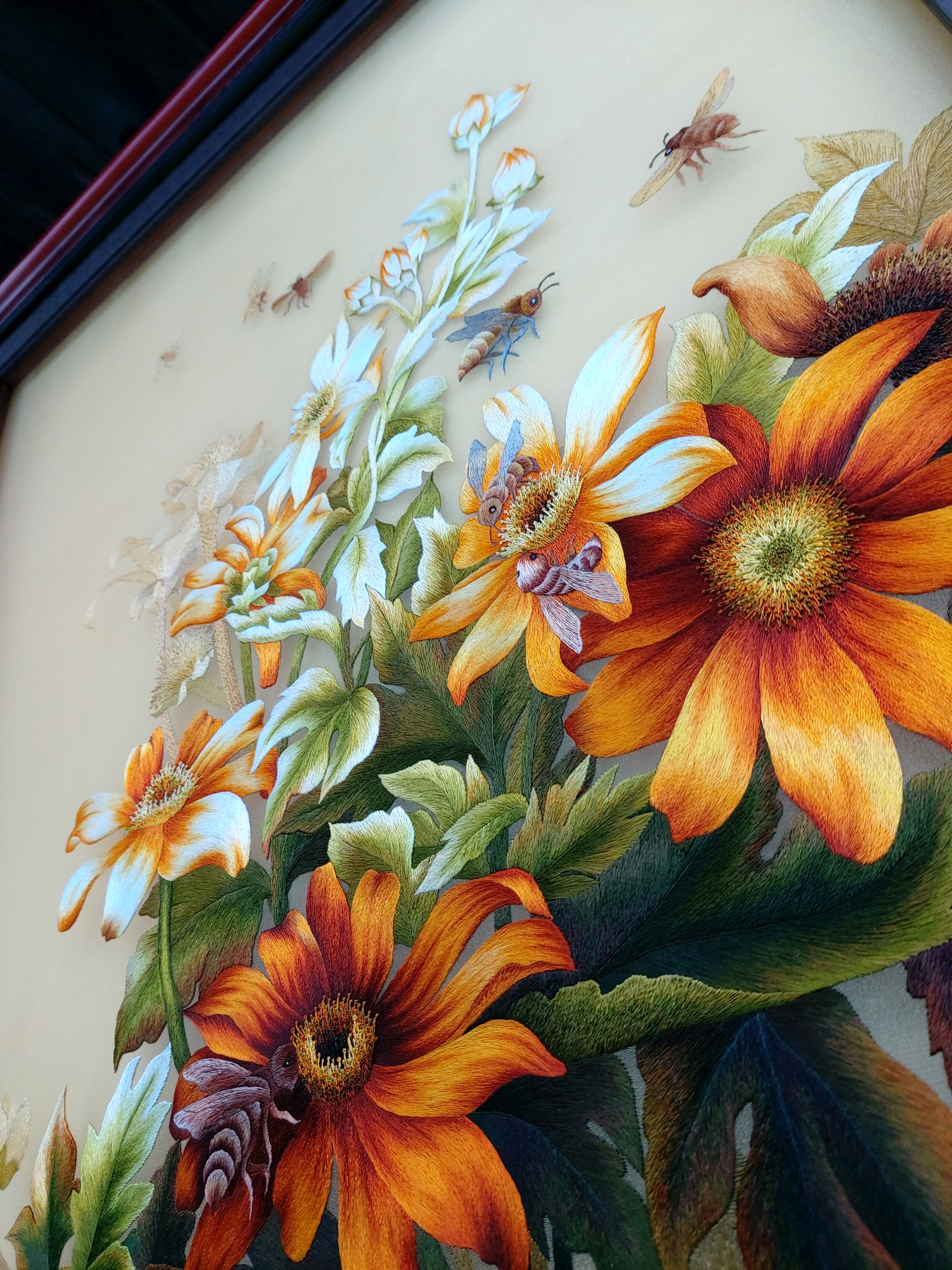 Place of the Paradise

Dating Under the Moonlight

Evening in my Homeland

Evening in my Homeland 2

The Returning of the Spring 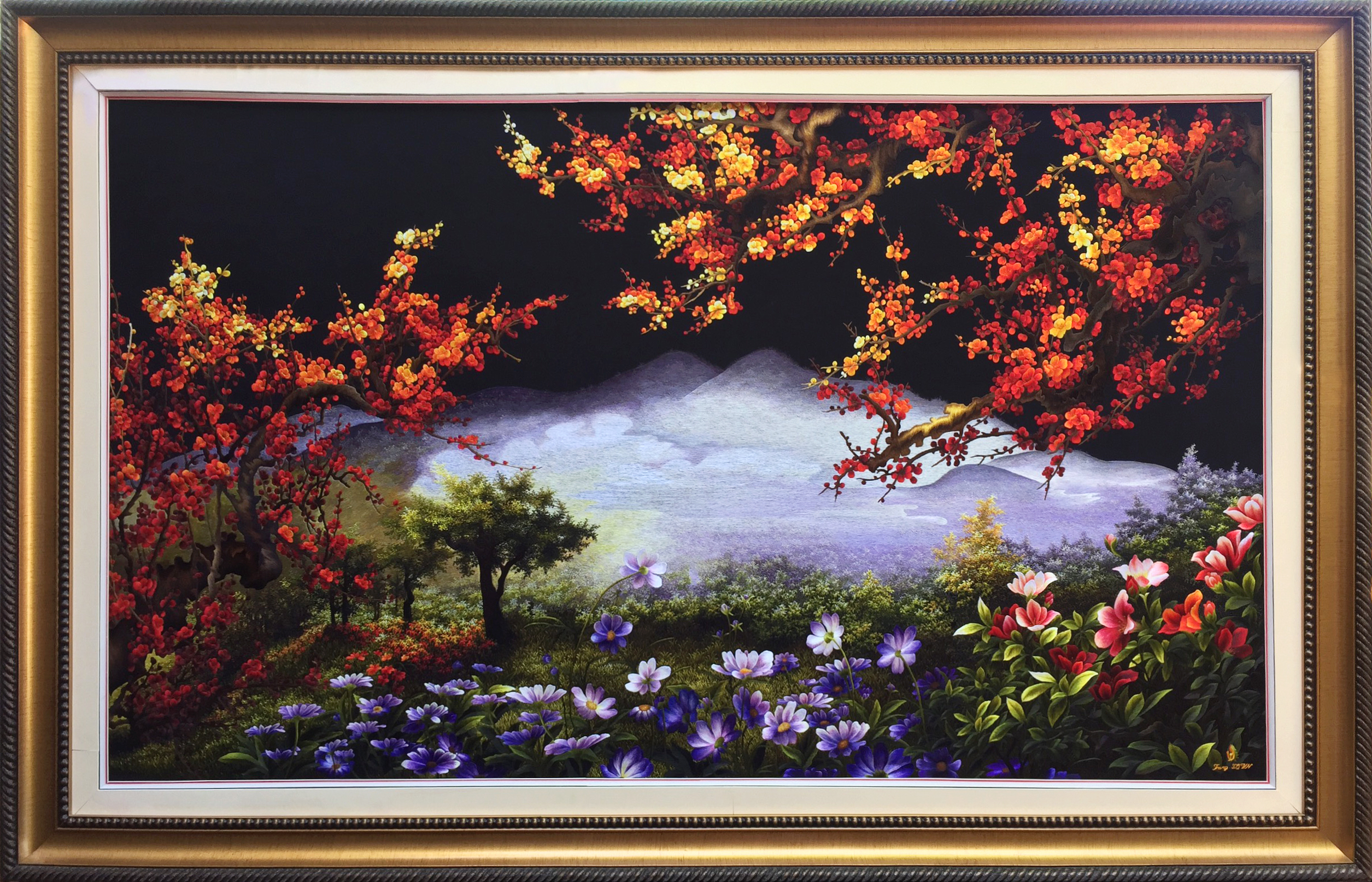 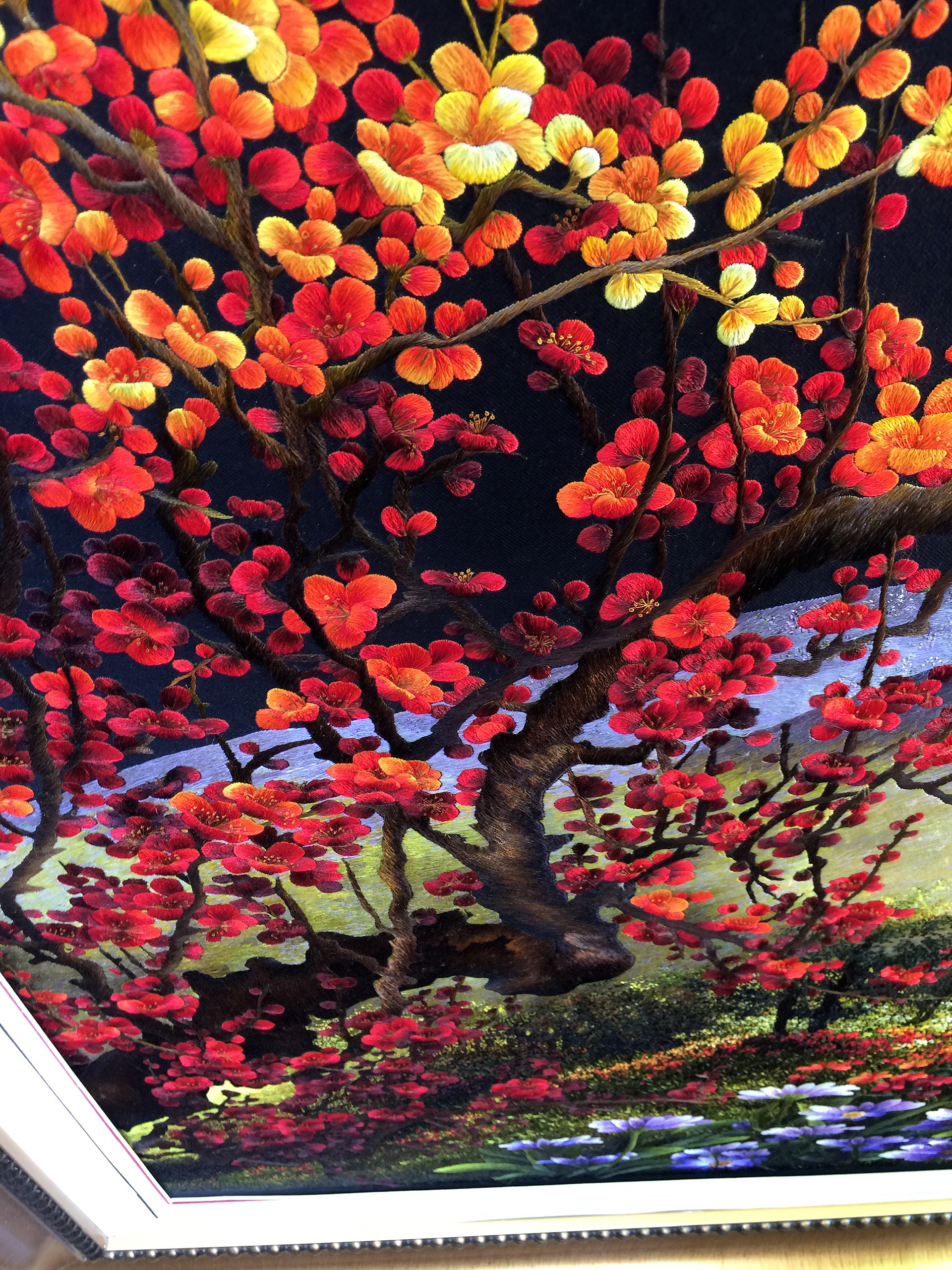 The Verse of the Summer 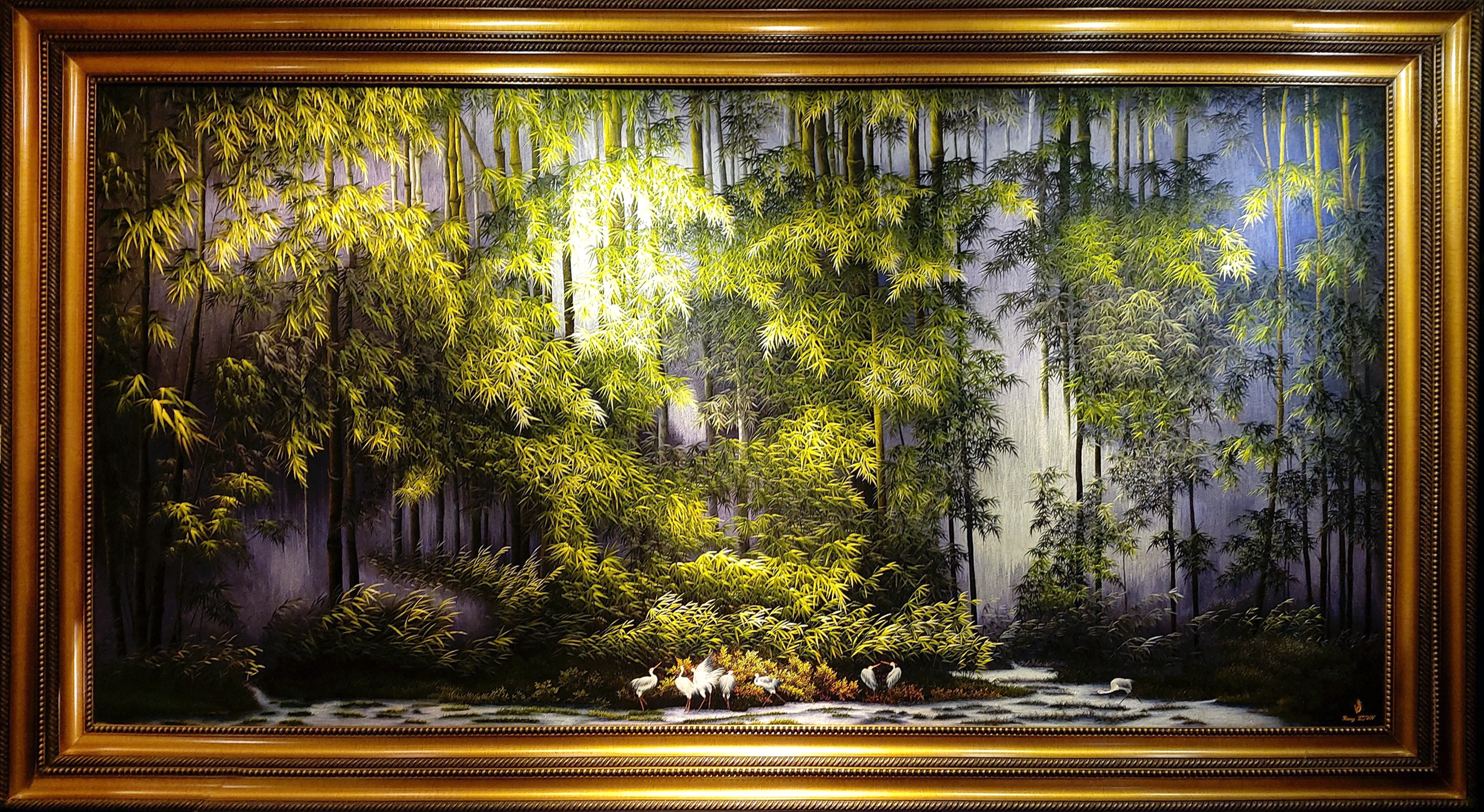 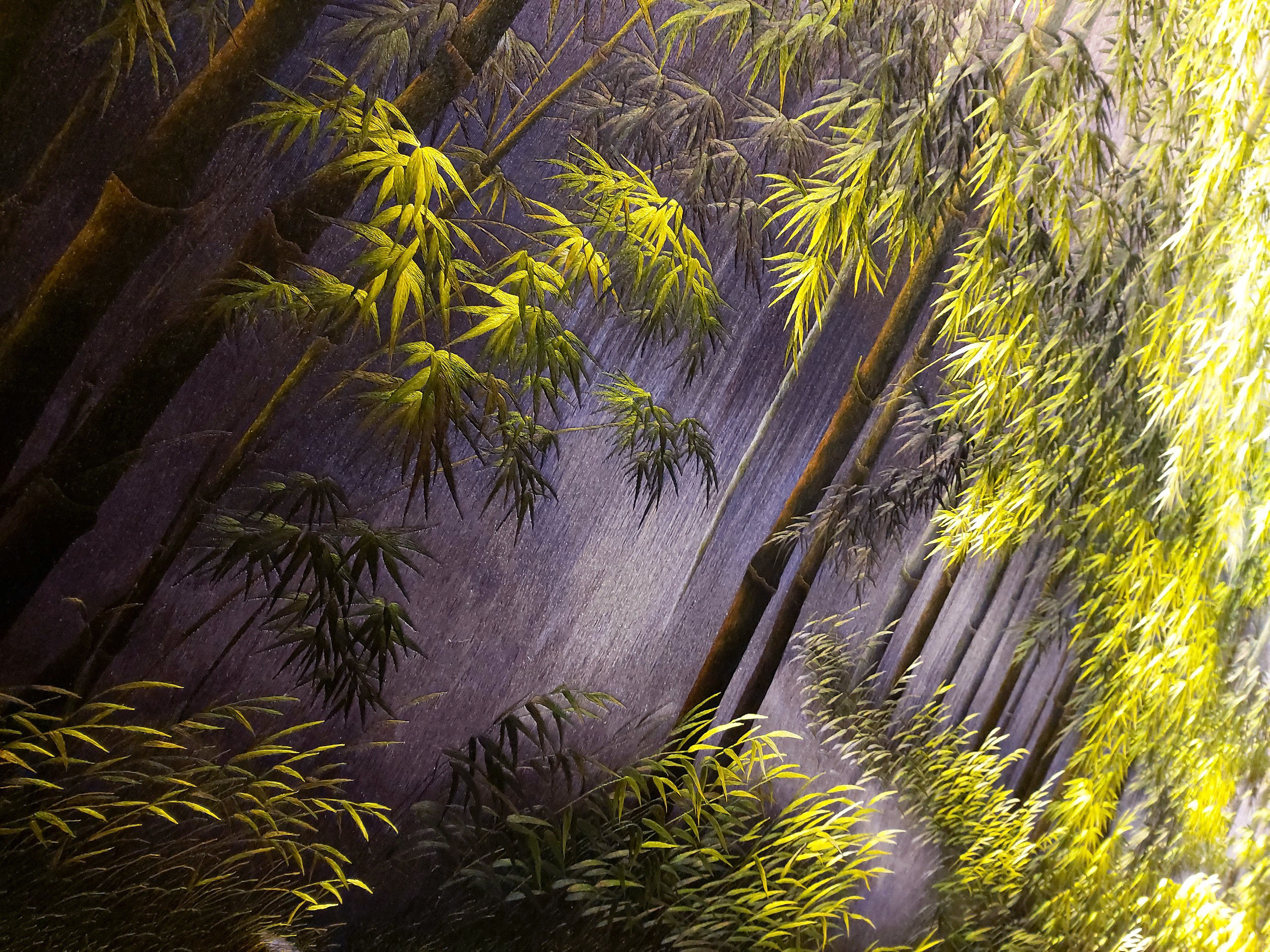 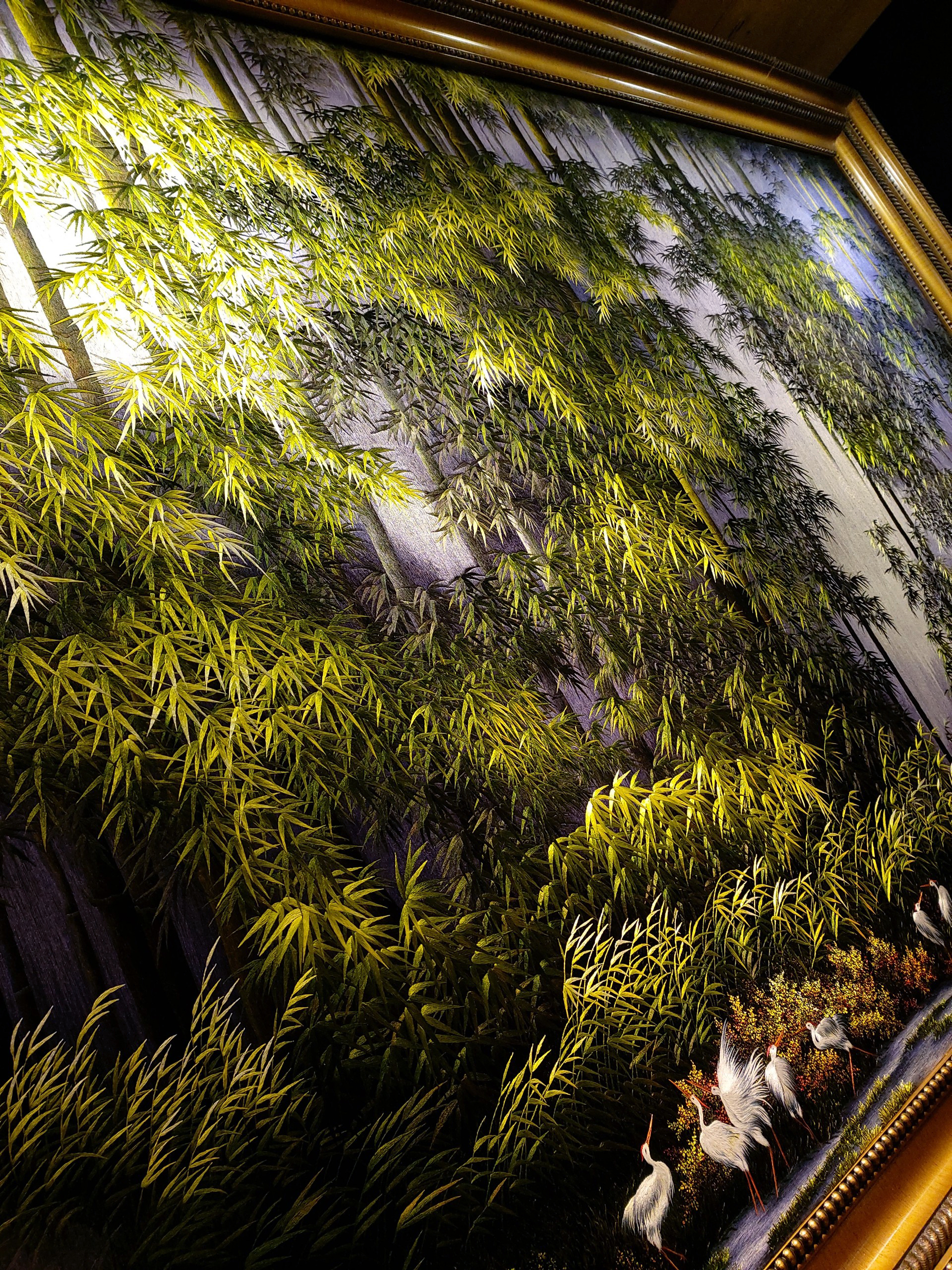 The Beauty of Nature 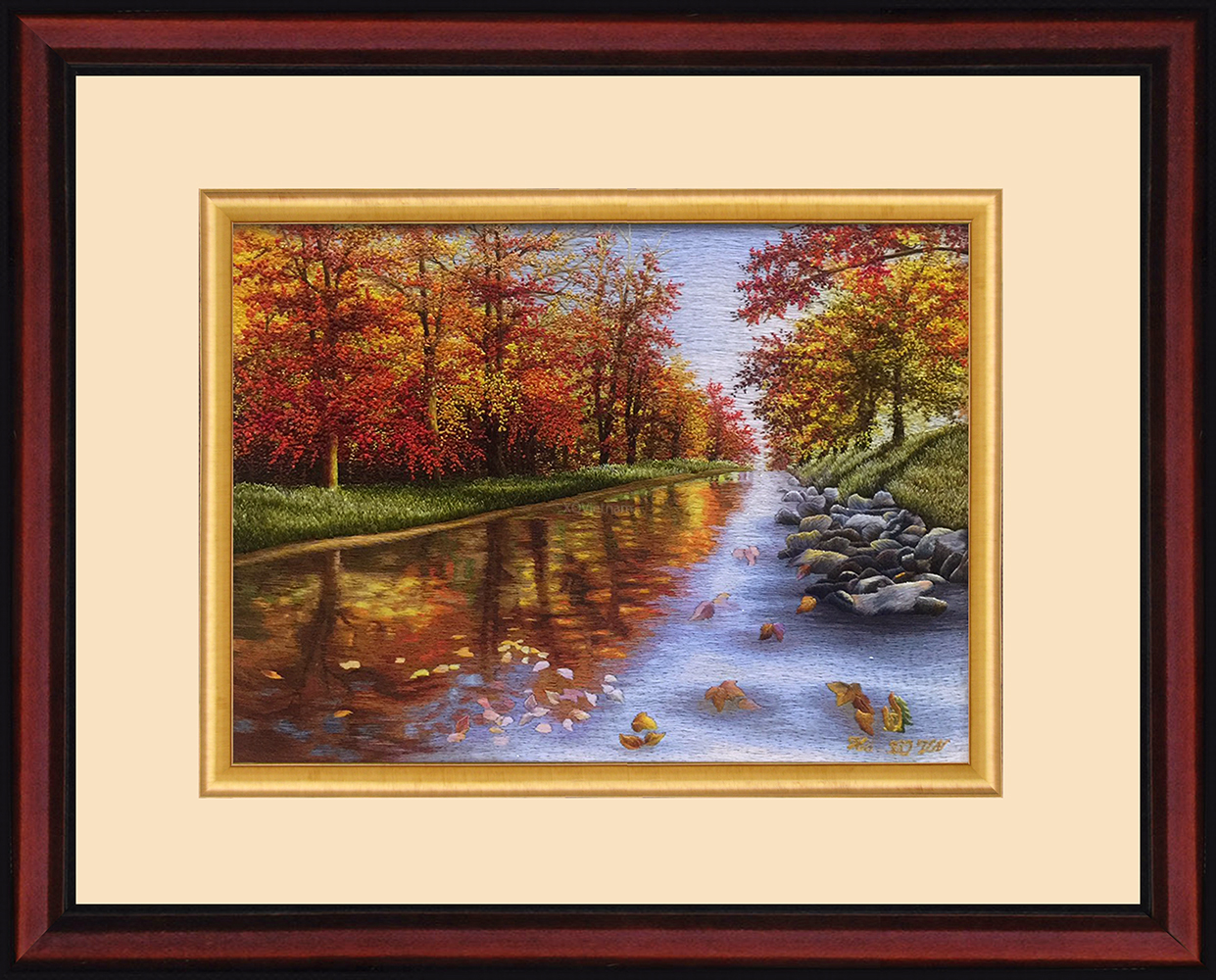 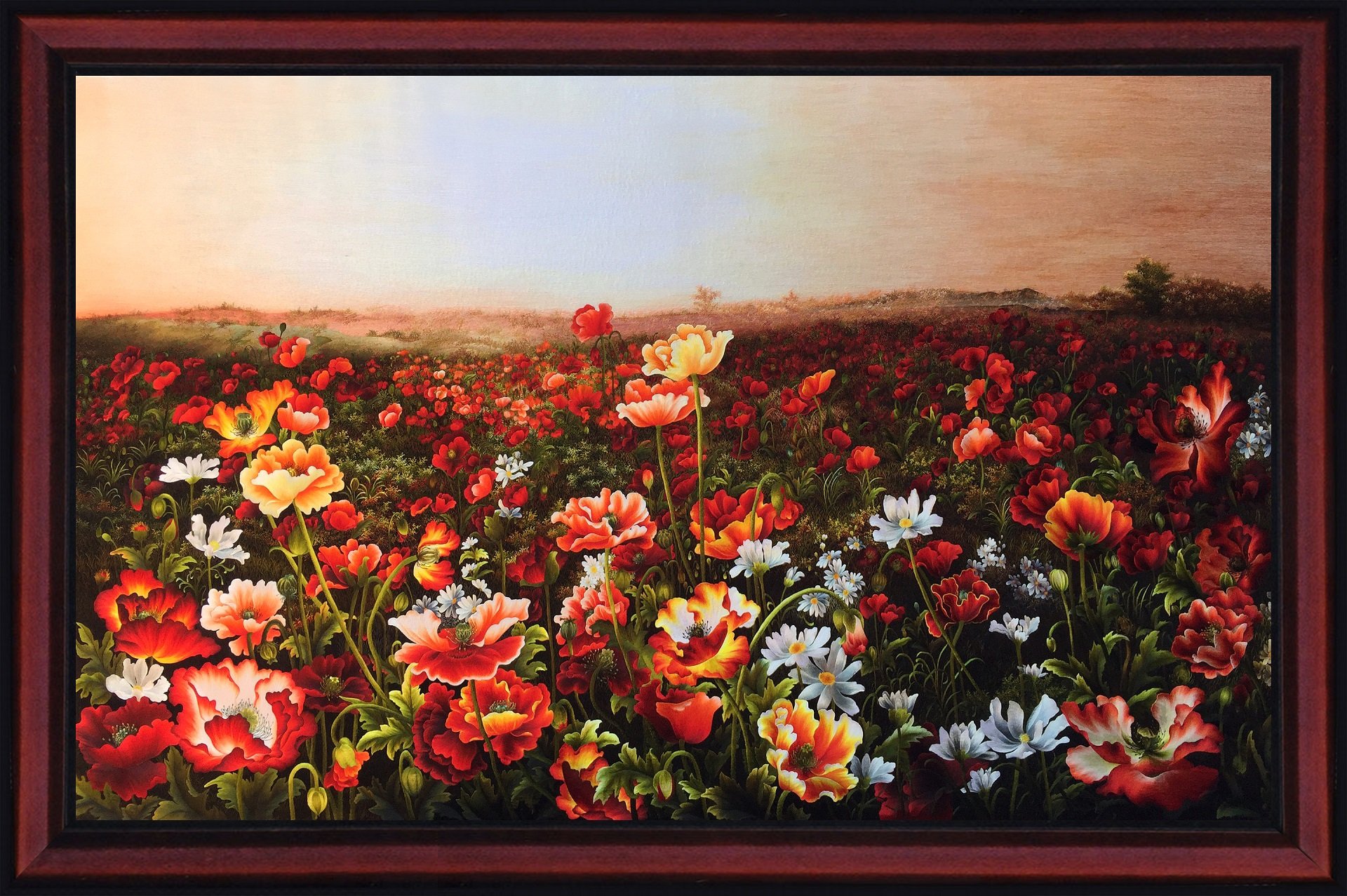 Please enter your item of interest & contact info below. We’ll be in touch within 24 hours.

We will be in touch with you within 24 hours.

This website uses cookies to improve your experience while you navigate through the website. Out of these, the cookies that are categorized as necessary are stored on your browser as they are essential for the working of basic functionalities of the website. We also use third-party cookies that help us analyze and understand how you use this website. These cookies will be stored in your browser only with your consent. You also have the option to opt-out of these cookies. But opting out of some of these cookies may affect your browsing experience.
Necessary Always Enabled
Necessary cookies are absolutely essential for the website to function properly. These cookies ensure basic functionalities and security features of the website, anonymously.
Functional
Functional cookies help to perform certain functionalities like sharing the content of the website on social media platforms, collect feedbacks, and other third-party features.
Performance
Performance cookies are used to understand and analyze the key performance indexes of the website which helps in delivering a better user experience for the visitors.
Analytics
Analytical cookies are used to understand how visitors interact with the website. These cookies help provide information on metrics the number of visitors, bounce rate, traffic source, etc.
Advertisement
Advertisement cookies are used to provide visitors with relevant ads and marketing campaigns. These cookies track visitors across websites and collect information to provide customized ads.
Others
Other uncategorized cookies are those that are being analyzed and have not been classified into a category as yet.
SAVE & ACCEPT
0
0
Your Cart
Your cart is emptyReturn to Shop
Continue Shopping